Our latest member of our Chi Tea family, Chi-Tox Tea is so important and why we’re proud to introduce it. Chi-Tox Tea has been thoughtfully and scientifically formulated so that all of its ingredients synergistically work at detoxifying the liver’s brilliantly designed (but only human) filtration system. Their objective: to rejuvenate and transform this amazing four-pound organ from sluggish to (if livers could) smiling.

That’s something doctors may not do — not because they can’t, but because they sometimes mistake the symptoms of a dysfunctional liver. They see an impaired immune system, assorted pains, or low energy and may respond with antibiotics, anti-inflammatories, pain killers, and other medications, increasing the load on an already over-burdened organ.

How over-burdened? Well, do you drive a lot? Visit a gas station or a dry-cleaner? Enjoy a drink? Take prescription drugs? Recently painted your bedroom or kitchen? Sprayed your lawn with herbicides? Well, your liver’s not exactly on life support, but it could use some help. Chi-Tox Tea to the rescue! 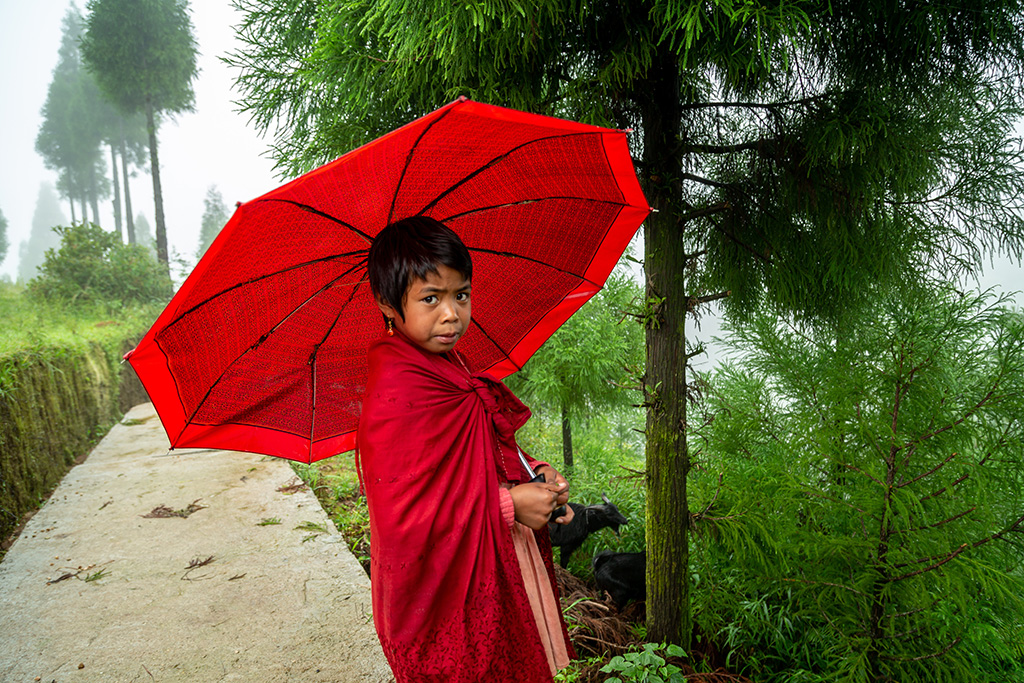 More than ever before in the history of mankind, human beings need to have healthy livers to break down the chemicals that have crept into our environment. Thousands of chemicals are added to food. Plants are sprayed with toxic chemicals, animals are injected with potent hormones, and antibiotics and a significant amount of our food is genetically engineered and processed.

350 million people worldwide suffer from hepatitis B which kills more than 2 million annually. Hepatitis C is the most rapidly spreading infectious disease in many countries, and there are 25 million Americans with liver disease, with thousands waiting for liver transplants.

Although the Liver is terribly overburdened in this chemical age it is remarkably resilient and has the power to cleanse and regenerate itself with the correct nutritive support. That support is available in the form of Chi-Tox Tea.

MAITAKE MUSHROOMS are one of the four most effective known to medical science. Extracts of all four are found in Chi-Tox Tea and they have quite a family history. There are more than 35,000 species and only about 50 of these are poisonous. (We can assure you, none of ours are. Another 50 are known to be medicinal, but we didn’t have room for all of them.) Ancient Asians and Egyptians brewed longevity potions with them. There’s no record of their working out a successful formula, but the 5,000 year-old Ice Man had dried mushrooms in what appeared to be his medical kit.

Maitake is in use in preliminary clinical breast cancer trials as a supplement to standard chemotherapy, and one study has shown improvement of symptoms and tumor reduction, as well as the inhibiting of metastasis or spread of cancers. It has been called “one of nature’s richest sources of beta-glucans…which…my be the most potent natural immune forces ever discovered.” And if you want an impressive list of possibilities, here’s one for you: Maitake mushrooms extracts may help with cancer, high blood pressure, diabetes, chronic fatigue syndrome, tumors, obesity, and AIDS, while supporting the immune and circulatory systems.

REISHI MUSHROOMS have been in use medicinally by Chinese and Japanese since long before the birth of Christ. It is positively anti-everything: anti-oxidant, anti-allergic, anti-inflammatory, anti-viral, and anti-bacterial. In vitro experiments indicate that it may be anti-cancer as well, and a reishi protein derivative named Ling Zhi-8 may diminish the possibility of transplant rejection. Though not a “magic mushroom,” reishi is known to be a mood elevator. Second floor: Positive Feelings and Hostility Erasure. Third floor: Peace of Mind.

SHITAKE MUSHROOMS bring you Lentinen, an active compound which appears to boost the immune system and in animal studies caused tumors in mice to regress or disappear in 80 to 100% of the mice. Test-tube studies in Japan indicated that a shitake extract (LEM) was more effective than AZT in blocking HIV cells from causing T-cell damage. Shitakes are anti-fungal, anti-tumorial, and boost the immune system.

CORDYCEPS MUSHROOMS are used in Traditional Chinese Medicine for enhancing and strengthening the immune system. Coryceps is supposed to increase the number of the Natural Killer Cells, which are responsible for the body defense against viruses and bacteria. Some trials show that the fungus works effectively in Leukemia stricken individuals. Other recent studies have indicated that Cordyceps demonstrates anti tumor activity, lowers LDL cholesterol, protects the liver and kidneys, and is anti-inflammatory and may slow the aging process.

CHINESE LYCIUM or Goji Berry as it is more popularly known also contains polysaccharides which are immensely beneficial in strengthening the liver and the immune system.

GREEN TEA is also a pre-eminent herb for protecting the liver. Drink ten or more cups of green tea (one dropper full of any of our Chi teas), and, some studies show, you’re less likely to develop liver disorders. Green tea appears to be something of a shield against toxic substances — alcohol, for example. Animal studies hint at even more — that green tea may prevent liver tumors, as they have in mice. In other mouse experiments, green tea even mitigated the effects of over-exposure to the cancer-causing dry-cleaning chemical carbon tetrachloride.

Check out just two out of scores of studies done on green tea:

SCHISANDRA is a substance that many of us have never heard of, but it’s well-known in China and has been well-studied as well. Studies indicate that it may help patients with viral hepatitis, and that its lignans may regenerate liver tissue damaged by alcohol. That’s not all. It may improve endurance, alleviate fatigue, and improve work performance and strength of patients with hepatitis.

MILK THISTLE, also know as silbinin, whose key active ingredient is silyymarin, appears to stimulate new cell growth in the liver and kidneys, while at the same time inhibiting the growth of malignant cells by raising glutathione levels. What’s more, this regeneration of the kidneys has been shown to occur even after toxic damage by such events as chemotherapy, and that has got to be good news. Want more? Some studies have shown milk thistle to raise good cholesterol and lower the bad, serve as an anti-inflammatory, and even work synergistically with anti-cancer drugs. Not bad for a cousin of the daisy and artichoke.

CHINESE SKULLCAP is used in Traditional Chinese Medicine to treat tumors. Early laboratory studies investigating this traditional use are emerging and showing preliminary promise for combating bladder, liver, and other types of cancers, at least in test tubes.

In terms of clinical studies on people, skullcap is one of the herbs that make up PC-SPES, an alternative treatment for prostate cancer. Skullcap is a powerful medicinal herb, it is used in alternative medicine as an anti-inflammatory, anti-tumorial, anti -viral, and potent anti-oxidant.

Chinese laboratory research has isolated an element present in skullcap that may prove useful in treating hepatitis B and has suggested that the antioxidant properties of Chinese skullcap may prove beneficial for preventing heart disease or limiting the damage following a heart attack.

CHINESE LICORICE is an adaptagen which is anti-tumorial, reduces toxicity in the liver, and also reduces cholesterol and blood sugar levels.

In a study that took place 13 years ago — a study of chemical plant workers in Turin, Italy which found that those with the poorest detoxification systems (read unhealthiest livers) were the ones most likely to develop bladder cancer.

You don’t have to work in a chemical plant to see that as an excellent reason to drink delicious (sweetened with fruit extract lohan and stevia) liver-detoxing Chi-Tox Tea.